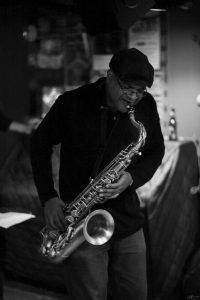 St. Louis Missouri native, saxophonist, composer, radio disc jockey, actor, director, playwright and poet, Jeff started the band the Jeff Robinson Trio in 1995 as a bridge between music and theatre. The “Trio” accompany poets at the Lizard Lounge in Cambridge, MA and have a weekly residency that has lasted nearly 20 years.  The Jeff Robinson Trio has performed with some of the best poets in the United States of America, including Patricia Smith, Amiri Baraka, and Quincy Troupe amongst thousands more.

He has directed several plays including Pearl Cleage’s “Blues for an Alabama Sky” which he received an Independent Reviewers of New England Awards (IRNE) nomination for Best Director. Robinson directed Craig Lucas’s “Reckless” for Theatre Zone and also his self-scripted “Alley Cats” at the Institute of Contemporary Art (ICA) in Boston, MA with the Baldwin Theatre Company

He received an IRNE Award nomination for Best Actor for his portrayal of the ‘Stage Manager” in Thornton Wilder’s “Our Town” at the Wheelock Theatre as well as his portrayal of Charlie Parker in “Live Bird” for the Baldwin Theatre. His radio show “Poetry Jam” was aired on WMBR 88.1 FM in Cambridge and was streamed live via the internet.  He has recorded for Rounder Records and is presently working on a new recording with his trio. Visit: http://jeffrobinson.org and http://livebird.com for more information about Jeff and his play Live Bird. 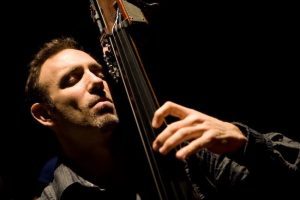 Bassist and composer Blake Newman was born in New York City and was drawn to music at an early age. As a small child, he entertained himself for hours on end by playing the piano. Since moving to Boston to study at Berklee College of Music,  he has called the Boston area home. Blake has always had a flair for the exotic, and his musical tastes have been no exception. He’s had the good fortune of performing on five continents in a multitude of diverse musical settings with some extraordinary musicians. He has performed and recorded with Iva Bittova, David Murray, Ran Blake, Big Jack Johnson, Evan Ziporyn, Duke Robillard, John Sinclair, Peter Wolf, KennyWolleson, Butch Morris, Jon Faddis, David Maxwell, and Charles Neville. He has recorded for Rounder, Innova, Accurate, New World, and Audio Quest Records and can be seen performing with his trio every Wednesday at the Liberty Hotel in Boston, with the Armenian jazz group Musaner, New Orleans groove band the Revolutionary Snake Ensemble, and the Tough Love Trio, among others. He has played locally and toured extensively with the American Repertory Theater. Please visit: http://www.blakenewmanbass.com 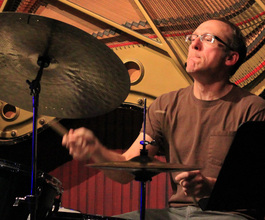 Drummer Phil Neighbors has been teaching jazz ensembles at the JPMC since 2002. He’s been playing music since his teens where he gained experience playing in shows, Dixieland groups, and German bands. Phil studied Percussion, Jazz, and Composition at Morehead State University in Kentucky. Since college, Phil has played with a host of different bands in many genres both in Cincinnati and in Boston. Since moving to Boston in 1995, he has performed and recorded with groups as diverse as The Revolutionary Snake Ensemble, Dave Birkin’s Hot Shots, the Sam Davis group, The Coots, and the Funky White Honkies, to name a few.

Phil favors a relaxed approach to teaching his three jazz ensembles. In his words: “I want the members of my ensembles to have fun, and at the same time I try to convey as much useful information as I can.” visit: https://jeffrobinsontrio.com/phil

The doors open at 7:30 pm every Sunday and we start with our “Poetry Slam.” The “Featured Poet” will start roughly at 9:00 pm accompanied by the Jeff Robinson Trio. After the Featured Poet, we have our “Open Mic” also accompanied by the Jeff Robinson Trio. There’s $8 cover charge at the door, and the Lizard Lounge is a 21+ venue. 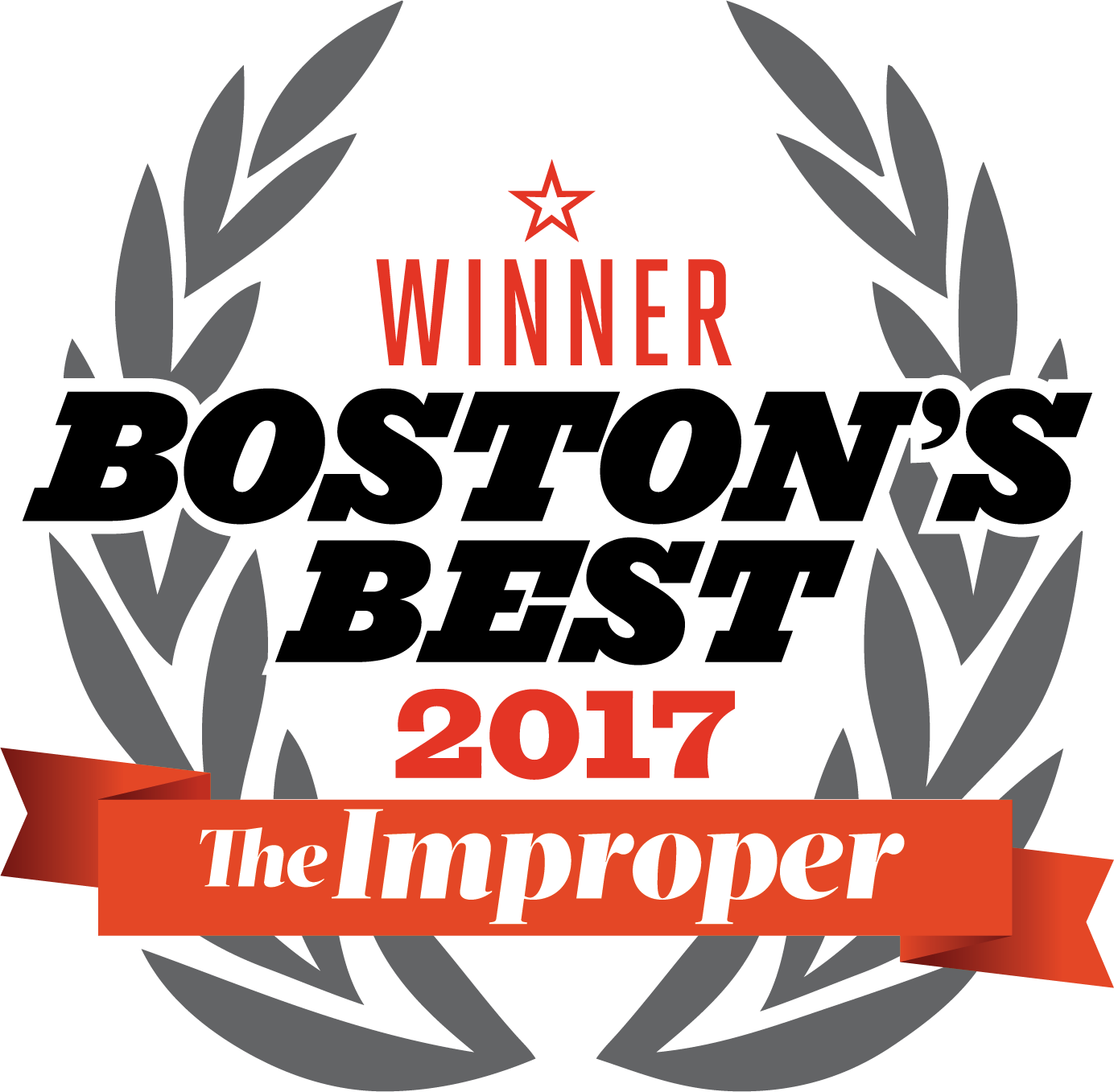 Every Sunday at the Lizard Lounge located at 1667 Mass Ave Cambridge MA poetryjam.org

BUT we will be back... just taking a break!

Vernon "VCR" Robinson is the Featured Poet on Sept

Sara Kahlo is the Featured Poet on September 6, 20