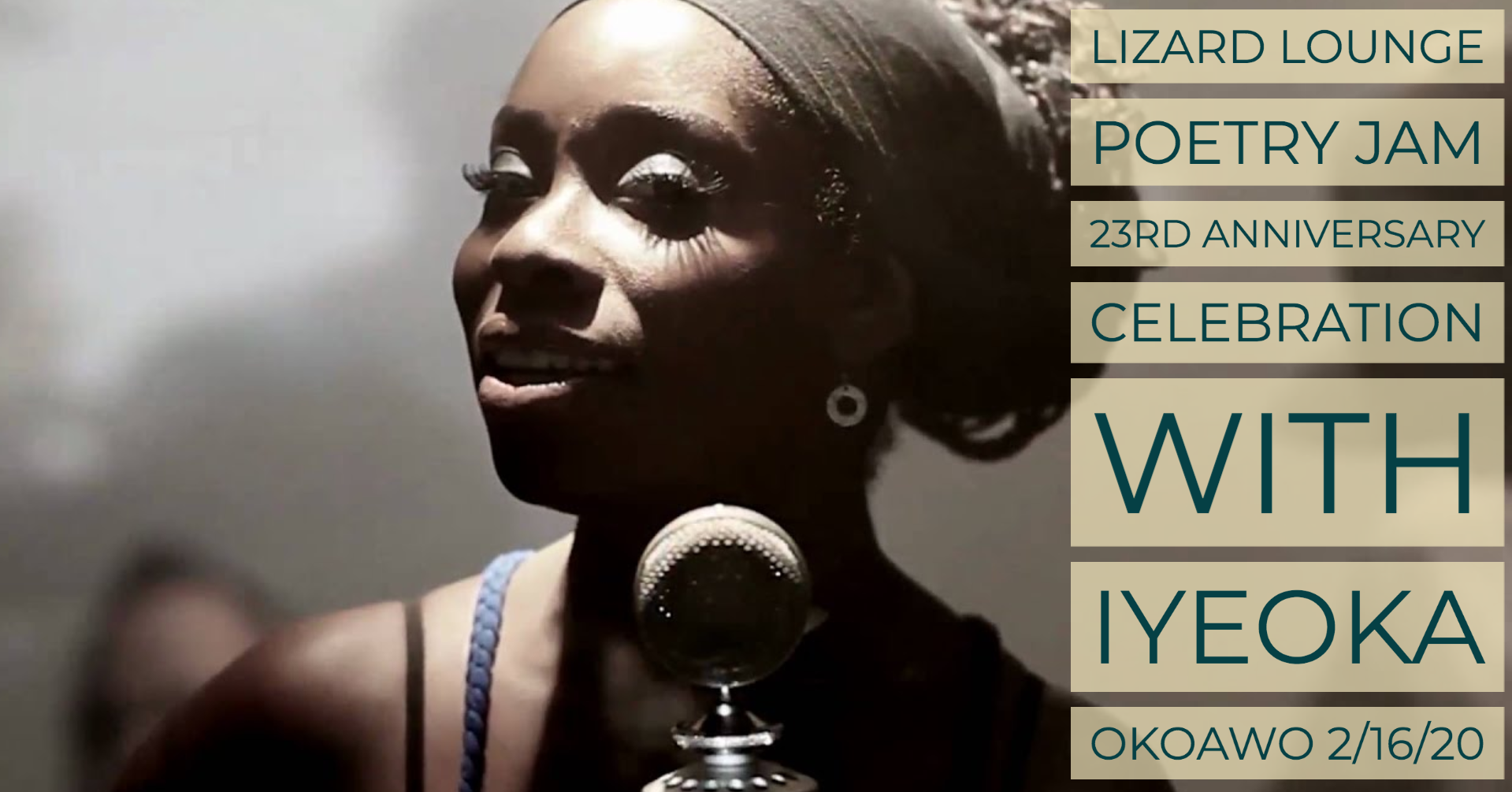 Help us celebrate 23 years of Poetry & Music at the Lizard Lounge Poetry Jam!

Boston-based Nigerian-American recording artist, award-winning poet, and TED fellow Iyeoka is at the forefront of creating a new artistic genre that gracefully interweaves spoken word poetry with pop, R&B, dance, hip-hop, and electronic soul. She is a powerful songstress whose vocal talents invoke the spirit of soul-shakers Nina Simone, Sade, Lauryn Hill, and Amy Winehouse. Her warm spirit, stirring lyrics and passionate performances leave audiences not only entertained but also transformed with empowerment.

Although a resident of Boston MA, Iyeoka spends many months in Hawaii where the core of her band Rock By Funk Tribe calls their home base. It was in Hawaii where the hypnotic and melodic songs “Who Would Follow” and “Gold” were created and came to life. The album also includes the single “ Every Second Every Hour” which was released in May 2015.

A few of Iyeoka’s many accolades include recipient of 2010 TED Global Fellow and winner of 2009 Individual World Poetry Slam Champion. 2016 brought her back to TED to host a conference in June. Her family started and runs the Amenawon Foundation to help less fortunate people in her home country of Nigeria. This is a repeating theme in many of her poems and songs.

Iyeoka’s song, ‘The Yellow Brick Road Song’ is the theme song for the USA network TV show ‘Fairly Legal‘ and it has also been heard in the HBO series ‘How To Make It In America.‘

Iyeoka has toured in support of artists such as Femi Kuti, Zap Mama and Soul Live, as well as played several music festivals throughout 2014 and 2015 including Cully Jazz Festival, Colours Festival, Afro Pfingsten, and Helsinki Festival to name a few. The buzz surrounding her poetry has also garnered her national attention through performances at the TBS Trumpet Awards, the Sullivan Honors Awards at the Kennedy Center and Russell Simmon’s Def Poetry Jam on HBO.

Iyeoka means I want to be respected in her native Esan language and the artist is the true embodiment of her name. Daughter of Nigerian-born parents who both hold Doctorate degrees from Boston University, Iyeoka was a practicing pharmacist before launching her career as a poet, singer, activist, and educator. By channeling her culture and ancestral influences, she delivers an authentic and inspiring message of healing through her expression in the arts.