Sharmont (Influence) Little is a Poet from New Haven Ct. Who has been called engaging, prolific and truly passionate. Rexy45 has been writing poems and performing for over 19 years. He has performed in various venues in Boston, New England and Atlanta and North Carolina. 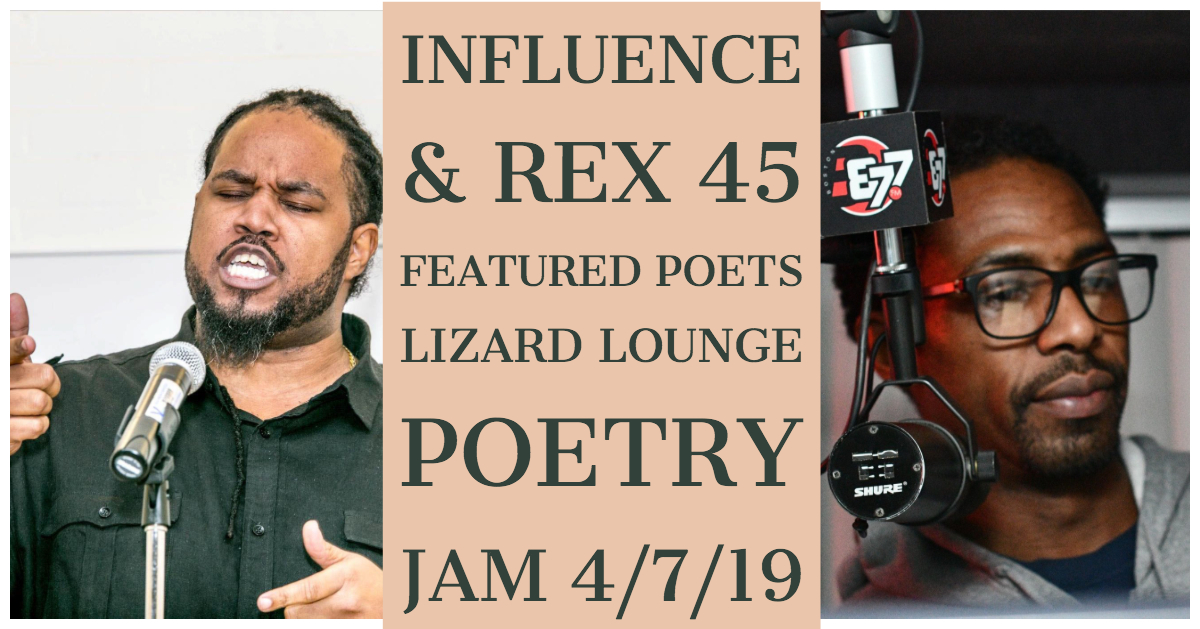 Sharmont (Influence) Little is a Poet from New Haven Ct. Who has been called engaging, prolific and truly passionate. He uses the art form of Spoken Word to deliver his message and belief, as quoted by Dr. Martin Luther King Jr. “Injustice anywhere is a threat to justice everywhere.”

Influence’s goal is to educate and inspire people of all ages and mind sets, with a strong focus on the youth of the inner cities. He has performed all over the country using Colleges like Yale, Virginia State, Boston University and host of Public schools as his platform to reach the youth of today. As well as performing at some of the most historic poetry venues such as the Nuyorican poetry Café in New York City and the Lizards Lounge in Cambridge Ma. just to name a few. Influence made a name for himself as a slam poet wining over a 100 slams nationwide and being a 5 time member of the Connecticut slam team Verbal Slap Including coach for 2017. Influence is currently the 2018 grand slam champion for Connecticut. He has worked with and or shared the stage with musical entertainers Common, Mos Def and R&B artist Rome. One of His greatest accomplishments was to have the opportunity to open for the NAACP image awards in 2009. Influence’s first album was released in 2007 entitled Verbal Tears.

If “Injustice anywhere is a threat to justice everywhere” then Sharmont (influence) Little has made it a mission to use every ounce of his poetic talents to engage and enlighten his audience. Living by his own saying “Poetry is life, Live it”.

Rexy45 has been writing poems and performing for over 19 years. He has performed in various venues in Boston, New England and Atlanta and North Carolina. Rexy45 speaks eloquently for the oppressed, writes poetry that upsets the status quo and pursues a quest for truth.

Rexy45 also hosts a weekly radio show on B87fm.com or 87.7 in Boston. Smokin’ Rhymes showcases contemporary poetry and spoken words in addition to covering the local and national marijuana scene.

In recent years, Rexy45 has performed with the band Slimpocket. He was the co-creator, manager, songwriter and front man for over seven years. Slimpocket performed in Boston, the New England area, New York and St. Johns in the Virgin Islands.

Rexy45 continues to create riveting, powerful prose and performs on a weekly basis on the Smokin’ Rhymes Show.