I, Yusuf Malik Shabazz born Jose Antonio Berrios in the South Bronx in 1964 to my parents Jose and Carmen Berrios. I was the third born to five sisters and one brother. At the age of eight, my parents relocated to Queens, NY. My father, a strict disciplinarian and FOI member of the Nation of Islam was a hard taskmaster and so unable to deal on his terms I moved out at the age of sixteen. 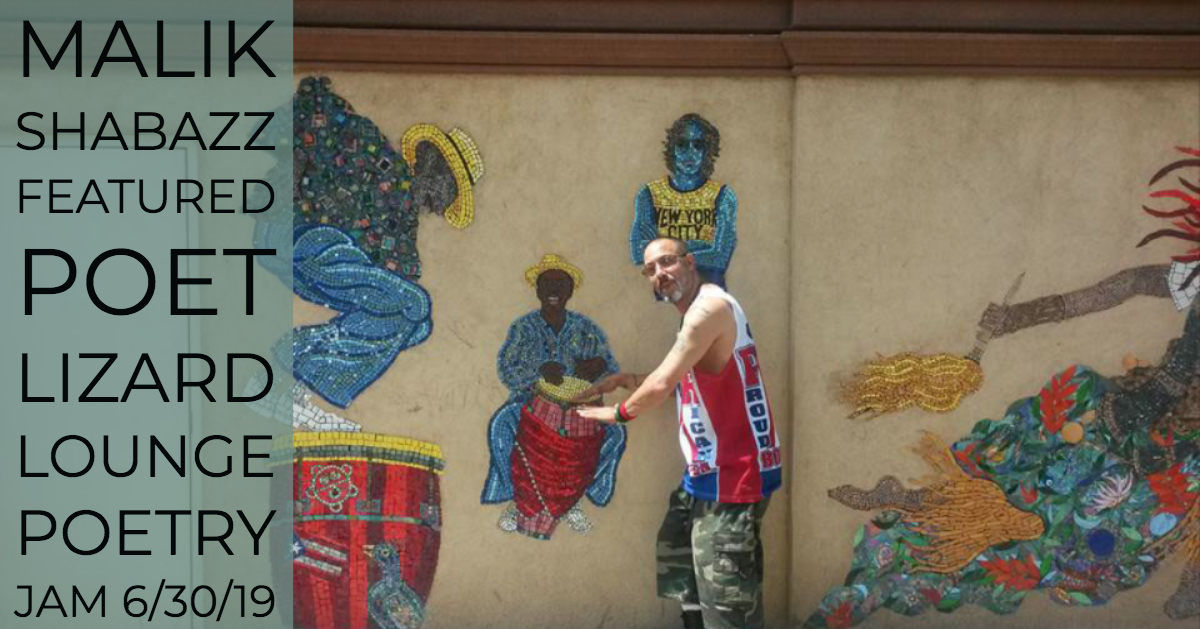 I, Yusuf Malik Shabazz born Jose Antonio Berrios in the South Bronx in 1964 to my parents Jose and Carmen Berrios. I was the third born to five sisters and one brother. At the age of eight, my parents relocated to Queens, NY. My father, a strict disciplinarian and FOI member of the Nation of Islam was a hard taskmaster and so unable to deal on his terms I moved out at the age of sixteen. During my youth, I was known to my friends by my street name Roc-Wel with whom I took refuge in the streets of New York spending a good portion of my teen years committing petty crimes and eventually dropping out of High School. Not knowing what I wanted to do with my life but desperately wanting to change the dead end I was headed toward I joined the United States Marine Corps. During my enlistment, I was deployed to Panama for Operation Just Cause/Promote Liberty and later to the Middle East for Operation Desert Shield/Storm. After being honorably discharged after four years of service I returned to civilian life and realized that the Marine Corps had ill prepared me for any vocation outside of a security guard or police officer. This realization led me to do what I failed to do during my youth-read. I began my formal studies at NYU while working as a security guard. I began reading voraciously and writing for NYU’s student newspaper, The Washington Square News along with publishing regularly in two major student magazines the Brownstone and Conciencia. Beginning with my second semester I joined my first student political organization Latinos Unidos Con Honor y Amistad (L.U.C.H.A.). I was elected the Minister of Politics and later Vice-President; subsequently, I was impeached for being too radical. Refusing to be silenced I co-founded the Latino Political Action Coalition (L.P.A.C.) and soon led the organization as President. Alongside this commitment, I also served as Senior Editor of El Movimento L.P.A.C.s newsletter. During my time as a politically conscious student, I began to hold speaking engagements at NYU, Queens College and Hunter College. My commitment to political change and social justice extended now to off-campus grassroots activism as a member of the National Congress for Puerto Rican Rights (NCPRR), which led to my role in both organizing and participating in many political rallies and demonstrations. Shortly after graduating from NYU I decided to relocate to Miami, Florida in search of what I was going to do with my new found political and social consciousness. Not long after arriving in Miami I matriculated myself at the International Fine Arts College (IFAC) to study graphic design. However unable to complete my studies due to financial constraints I took what I learned and started freelancing for various artist and businesses, creating flyers, CD covers, brochures, book layouts, and custom logos. Yet still, I felt a void having all this knowledge and not knowing where to place it until that one fateful night at a poetry venue called Flo-Friday’s. It was there that I discovered spoken word poetry and after listening to a poet by the name of Diane Perez I had a profound epiphany. For the first time in my life, I now knew what I wanted to do with my life, I wanted to be a political poet and use poetry as a way to teach. Since then and my first novice performance at Flo-Fridays, I have continued writing, traveling and performing without respite. I have performed and featured throughout South Florida in venues such as Flo-Fridays, Poets Corner, Ghetto Poetry, Funk Jazz Lounge, Ginger Bay Cafe, Theatre de Underground, The Marlin, Brooklyn Cafe, Dadas, Love Jones Revived, Quench, Code, ePoetry, Rumbas, Raw Dish, Power Studios, Cafe Nuvo, Club Ebony, Literary Cafe, Jazzy Sundays, Wine & Lyriks, The Wallflower Gallery, Kola Nut Cafe, Spit FiYa, Lip, Tongue and Ear, Key Largo, Johnson and Wales University, Miami-Dade Community College, Broward Community College, Florida International University, (FIU) and local area High Schools. In Miami, I’ve won numerous slam competitions and have appeared and regularly invited to perform at a variety of concerts, including Hip-Hop and Spoken Word Against Police Brutality, The Peace Concert (to show solidarity against the invasion of Iraq), and the landmark Soulfrito Urban Latino Festival. I have also performed as a guest poet on Mun2, the Spanish-speaking television network, as well as on People TV in Atlanta, Georgia. I have also featured at nationally and internationally recognized poetry venues up and down the East coast. Tropics, (hosted by Black on Black Rhyme in Tampa) Singapore’s (Orlando), Writers Cove/Poets Jazz Cafe (New Orleans), Liquid Lounge (Charlotte NC), Alice Maes Soul Food Restaurant (VA), Verbal Raine Storm (New York) Nuyorican Cafe (NYC) Stevies/Poets Lounge (LA California) Dencity (MA) Silver Delight Restaurant (East Point GA) New York City Poetry Festival, (NY,NY) Richland County Library (Columbia SC) Writers Block (Winter Park, FL.) Black and Nobel (Philly) Three Masks (Orlando FL.) Turks and Caicos Islands and Vancouver, Canada.

I have also written extensively on subjects ranging from history, philosophy, and religion and authored my first book entitled, ‘What the Church Doesn’t Want You to Know’, (1998). This book examines how the teachings of an African Revolutionary known as Jesus, was co-opted, dissected and reinterpreted by European’s and institutionalized thus creating the illusion that Christianity’s origins were European. I have also published two poetry books on my collection of poems one entitled Street Linguistikz: Poetry of Protest and Dissent Behind Enemy Lines. In addition, I have also recorded three poetry CD’s entitled, Poetry of Protest, State of Emergency and Dissent Behind Enemy Lines. I am currently working on my second non-fiction book entitled White People are the problem, racism is their disease separation is the cure. I was a founding partner and host of Profetik Mixture, Street Linguistikz and Spit FiYa Productions, No Egos, Just Poetry, a weekly Friday night poetry venue in Ft. Lauderdale, Fl. I’m also the founder and current host of The Underground Railroad, Konscious Kulture, the Peoplez Open Mic, a monthly open mic held at the Haile Selassie I Learning & Community Center in Miami, Fl. I have also long held the belief that just being a political poet without being politically active is insufficient so I joined the Provisional Government of the Republic of New Afrika. I am now a New Afrikan citizen and former PCC Co-chair (People’s Center Council) of the PG-RNA. Furthermore, I have also traveled extensively throughout most of the United States as well as around the globe like Puerto Rico, Dominican Republic, Cuba, Bahamas, Turks and Cacaos, Mexico, Japan, Korea, Columbia, Panama, Saudi Arabia, Kuwait, Alaska, and the Philippines. thereby providing me with an up close and personal look at the pervasiveness of poverty and violence thereby propelling my passion and informing my poetry/writing. As the founder of Students of Lyfe, I led a weekly three-hour community education class focusing on global politics and history. Finally, I continue to work in spreading my revolutionary message for the liberation and salvation of the Black Nation through my poetry throughout the United States and abroad. I consider myself to be a clarion call to my people in hopes that my poetry can serve as a healing inspiration and truth to those who need it most.