Born and raised in Boston and its suburbs, vocalist Miss Genevieve first put the pen to paper around ten years old, writing lyrics in poem and song form. In 7th grade, she found her voice and figured out where she wanted to go from there - through everyone's speakers. 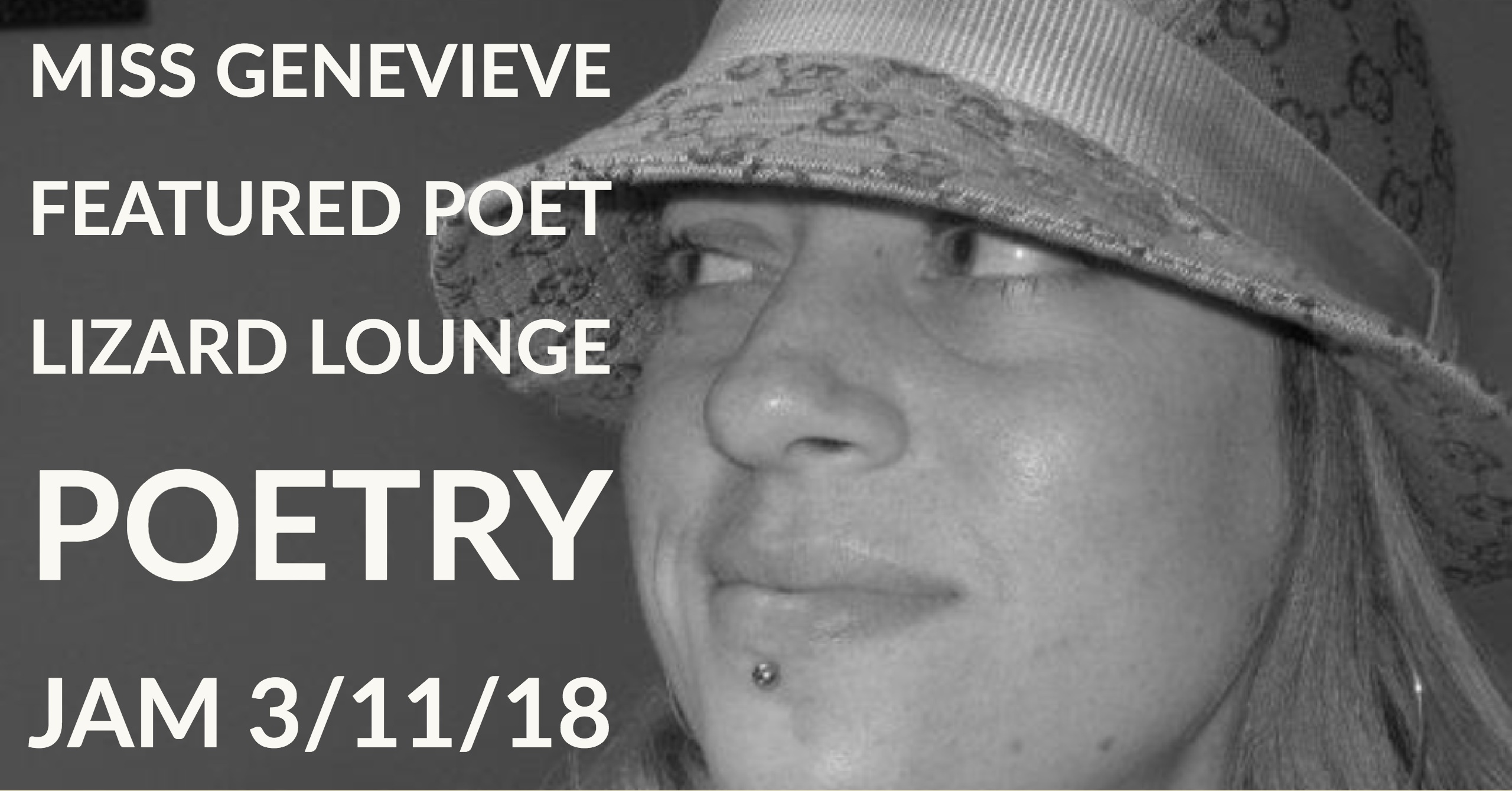 Born and raised in Boston and its suburbs, vocalist Miss Genevieve first put pen to paper around ten years old, writing lyrics in poem and song form. In 7th grade, she found her voice and figured out where she wanted to go from there – through everyone’s speakers.

Inspired by Classic Rock, Soul, R&B, Jazz and Hip Hop, Miss Genevieve has thoughtfully molded and revamped her style over the years, mastering her talents and falling in love with constructing her sound. As she opened up her arsenal of ideas, lyrics and vocal styles, she took on the art of spoken word in 2005 as a hobby, performing at local open mics. Here she discovered she was more of an emcee than she realized. Hip Hop has always had a special place in her heart, and through spoken word, Miss Genevieve realized new ways to create her original sound that continues to attract listeners.

While rocking the mic over the years all around New England, opening for acts such as Brother J (X-Clan) and the Gangsta Goddess, Medusa, and performing down the road in the Bronx alongside the legendary Cold Crush Brothers, Miss Genevieve has been lacing ear drums anywhere she’s handed a mic. In 2009, she went on tour from the west coast back to the east, promoting various collaborations with local emcees, as well as her own EP, The Sunrise. Two years later came the release of her full-length album Where iT All Began, providing a personal look into the heartbreak and resilience of the songstress, with a touch of trash talking, as on the track “Surrender.”

Miss Genevieve is Soul; she is Hip Hop, she is a voice that remedies and she continues to with new music on the rise and projects in the making, touching on various emotions and topics from different angles. From putting a new twist on an old classic, like her souled-out cover of the disco favorite “I Will Survive,” to originals flavored with feels of jazz standards and Hip Hop such as “Every,” Miss Genevieve continues to create music that heals, uplifts, and relates to anyone who presses ‘Play.’