He’s listening to early 2000s rap while writing this bio because he’s like that. 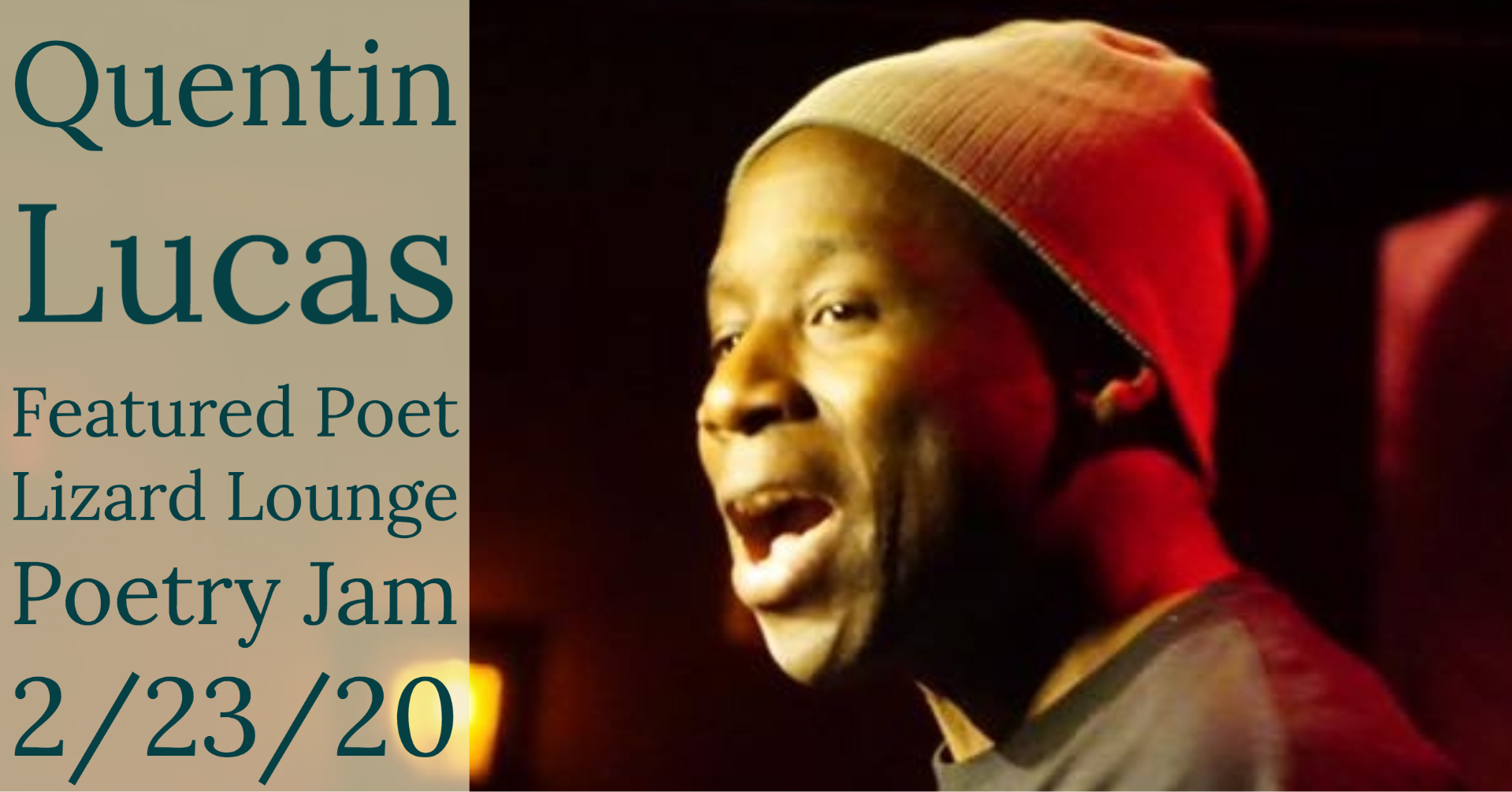 Quentin Lucas was born in Frankfurt Germany, doesn’t speak no damn German, now lives in Boston, and kind of wishes he was back in Germany — touring or just taking a long, long break from America. He’s listening to early 2000s rap while writing this bio because he’s like that. Sometimes Quentin wants to tattoo a poem on a presidential candidate’s forehead which sums up all the energy he’s had for politics lately. Other times, Quentin is putting together a mixtape that feels like a soundtrack for some piece of writing he’s completed. The rest of the time, Quentin is teaching writing classes with GrubStreet, sitting in writing classes in pursuit of his MFA in Creative Writing at Emerson, and occasionally catching the not-too-holy holy ghost when in the presence of a great piece of art. He’s 40 and surprised he’s lived this long, so he kind of just does what he’s going to do because that’s the best part of getting old. And he thinks you should come to his feature. You’ll probably see some cool shit. At the very least, he’ll be wearing one of his fly hats.