(Vernon C. Robinson) is a Dorchester native born and raised in Boston. He has been writing, reciting and performing poetry/spoken word for two decades, not to mention that he’s been emceeing (rapping) for over 30 years. As a poet, VCR has performed at several local open mic spots and gathering as a feature and participant. 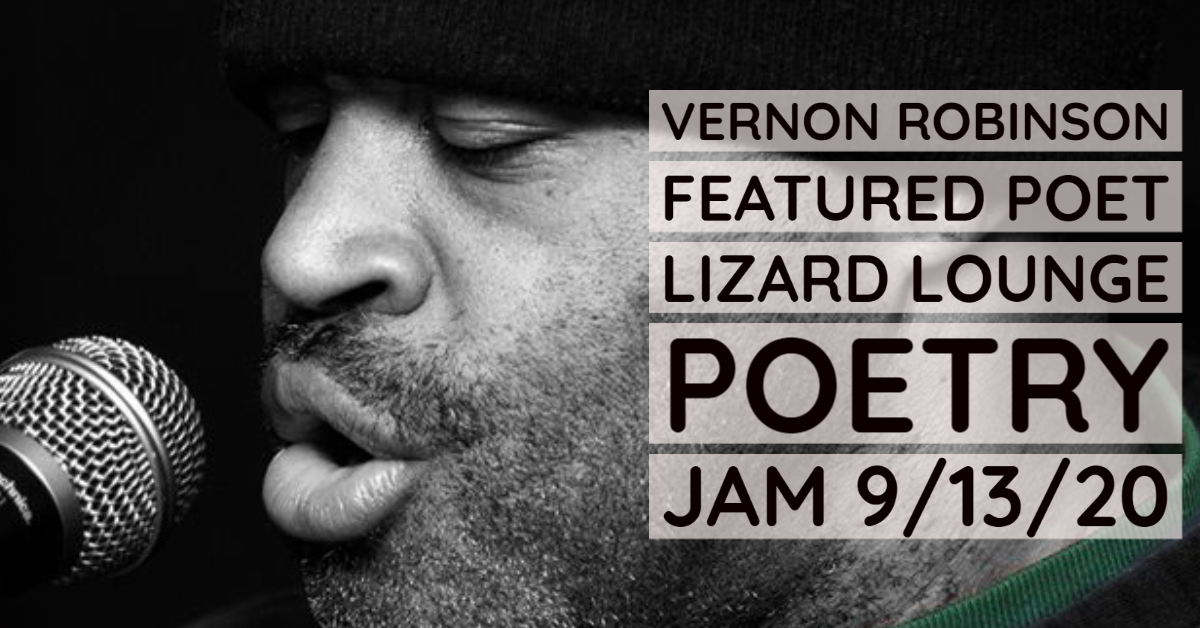 VCR (Vernon C. Robinson) is a Dorchester native born and raised in Boston. He has been writing, reciting and performing poetry/spoken word for two decades, not to mention that he’s been emceeing (rapping) for over 30 years. As a poet, VCR has performed at several local open mic spots and gathering as a feature and participant. Venues include Afrocentrics, the Lizard Lounge in Cambridge, The Milky Way Lounge, Ogunnaike Galleria, Strand Theatre, Dudley Café, Haley House and more. He has poetically graced the same stage and opened up for such acts as Dead Prez, S.O.S. Band, Amiri Baraka, Pharoahe Monch, Suheir Hammad, Saul Williams, Lakeside, New Birth, Last Poets, Les Nubians, Jessica Care Moore, Georgia ME, and other well-known artists. Besides the Boston and Cambridge areas, he has taken his poetry at cities and states such as New York (including the famous Nuyorican Poets Café), Atlanta, Chicago, Connecticut, Rhode Island, Dallas, Cleveland, New Hampshire, Baltimore, Oakland, Los Angeles and surprisingly Cuba where he met the legendary Assata Shakur. In 2015, he was an opening act for the ArtsEmerson musical/play “Breath & Imagination” in Boston. VCR is also a cultural event organizer under the company known as BloodSkinLand Productions. From that umbrella, he has created many annual gatherings which include Winter Words, Maylennium, Devotion…Black Love Day, Megacipher, SistaHood, Body Language, Afro-Cinema, Young Gifted & Black and The Red Black & Green Affair (a dedication to Marcus Garvey). His most recognized gathering is an ongoing event called VerBaLizAtiOn which is currently the longest-running open mic spot in the Boston area of nearly two decades. Through VCR’s performances, there is an array of memorable poems that are popular to the ears of spectators who have witnessed his stage presence whenever blessed the microphone. Poems such as “Tooth Decay”, “Alphabet Killaz” and “Pigs – That Other White Meat” are among the favorites from supporters of VCR’s work. In fact, those three pieces and others can be found on the debut CD of VCR entitled “Poetic Insanity”. VCR has been nominated for best male spoken word artist at the 2006 New England Urban Music Awards and twice for best spoken word artist at the 2006 & 2007 M.I.C. Hip-Hop Awards. In 2011, he became an awardee of the NAACP Image Awards of the Boston chapter. Recently in 2014 he was awarded the Ralph F. Browne Jr. Juneteenth Incentive Award for his continuous work through VerBaLizAtiOn. VCR’s “Kangaroo Joy” became the official poem for Boston City Councilor At-Large Ayanna Pressley’s annually “Jump Into Peace” event. Currently, he has completed his second poetry album entitled “Uncanny”, scheduled to be released this year, and planning on a book of his poems in the near future. Please stay tuned!

The event is a live ZOOM Presentation.

If you want to donate using Venmo or PayPal direct payment, send it to admin@onlineschoolofpoetry.org, but you still have to have an account to see the performance. CLICK HERE TO REGISTER or click the “Sign Up” button. Click the button below to donate using a card. NO REFUND